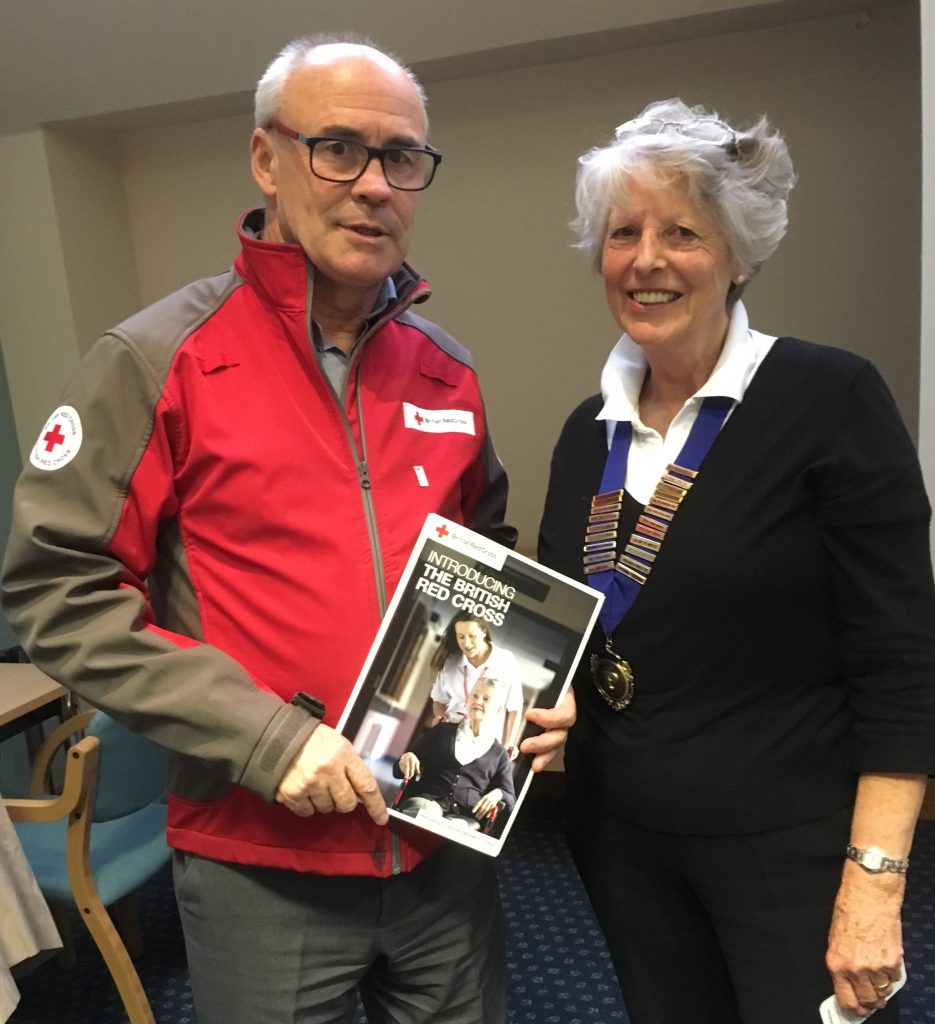 After welcoming members to the Annual General Meeting, President Audrey Hodge gave an update on both recent events and planned forthcoming activities.

Concluding club business for the year, she thanked the outgoing committee and members for their work and support during her term of office, before welcoming John Robson, Rotary Liason Officer, to preside over the election of officers for 2017/2018.

Tiernach’s informative talk, supported by a Powerpoint presentation and interspersed with examples of real human need situations, expanded everyone’s understanding of the tremendous scale of humanitarian work being done by this organization throughout the world.

Commencing with a short introduction to the early origins of Red Cross and its vision of a world where everyone gets the help they need in a crisis, Tiernach shared the organization’s seven fundamental principles including humanity, impartiality and neutrality and interesting information of their life changing involvement in large scale relief projects being carried out throughout the world at present.

On a local level, members were given a comprehensive overview of a wide range of services provided here in Northern Ireland.

As well as emergency response to natural disasters such as the recent flooding in the North West, members heard of extended Refugee and International Family Tracing services, ambulance support services, loan facilities, independent living support etc. and their strong supportive links with other local organisations.

Tiernach was thanked for his interesting and inspiring talk by club member May Bothwell.

Members are reminded of Omagh and District Ladies Probus Club’s Festive Afternoon Tea on 30th November at 2.30pm in the Silverbirch Hotel.